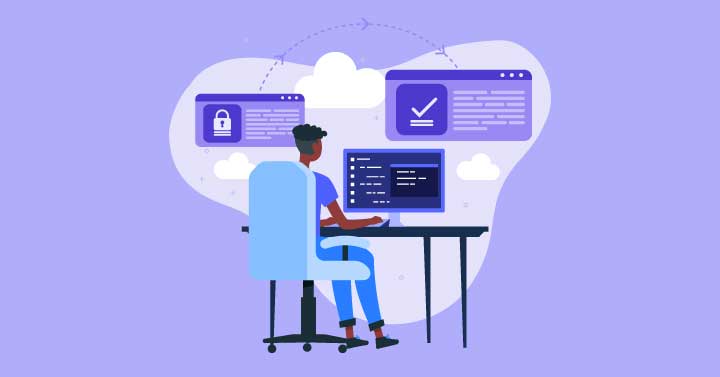 If you’ve worked in the software industry within the past 15 years, chances are you have some experience with Java or are at least familiar with it. Java has become somewhat of an industry standard over the years, and for good reason. There are a lot of things that Java does well, and at this point, and I think most of us are familiar with those things. But as with any language, there are some drawbacks and as a Developer, it’s important to not only know them but to also know what other options are out there. There are many options when choosing a new language to learn, but we’ll discuss why Java Developers should learn Go.

Go (also known as Golang) is a compiled language designed by Google in 2007. Some strengths of Go include:

Go was created to be a scalable language, with the ability to handle large applications and make use of multi-core processing to enable apps to grow larger without losing out on performance.

Go most closely resembles C in syntax but aims to make itself more readable and safer for Developers. With a more concise syntax, Go is much easier to pick up for a Developer than C, but it has processes in place for memory safety, making sure wayward pointers won’t cause the complete destruction of a program (or a Developer’s sanity).

Go was also created with concurrency as the main focus, making it easier to do than in any languages coming before it. Go provides useful functions like channels, for communication between routines, and built-in memory management so that developers can build functions to run concurrently without having to worry about anything else.

Both languages aim to build large server-side applications that are both scalable and maintainable. The two languages were created to improve from C.

Being a low-level language, the main frustrations with C at the time were:

Java and Go took different approaches to improve this, with Java creating something very different from C to focus on areas where C lacked, and Go choosing to keep a lot of the main ideas from C but improving on some aspects to make it easier to use for the Developer.

Go is a compiled language which compiles your code directly into machine code before running it, similar to C. This, along with its more mature built-in garbage collection and memory management, makes Go a high-performance language that outperforms Java. Compiling Go is as simple as running “go build” in your project directory and Go will handle the rest.

On the other hand, Java runs on a virtual machine (JVM). This hinders the performance of the app but in turn, makes the app more portable due to its inherent cross-platform and ease of distribution.

One of the main selling points for Go is the built-in concurrency, known as Goroutines. Goroutines are functions that can be run concurrently with other functions. Goroutines have many features built in that set them apart from traditional multi-threading in Java, including “channels,” which allow routines to communicate with each other easily and with low latency.

Another positive is that Goroutines aren’t hardware dependent, meaning your code runs concurrently regardless of what type of machine you’re working on.

Here’s a snippet of a simple Goroutine, which is run simply by calling “go”:

If you’re looking for an easy, to-the-point language to pick up and get started with, Go is a great option. There are only 25 keywords in Go, and it features a simple syntax to allow Developers to learn quickly. Go also manages memory for you, so there’s no need to worry about allocation.

Java, on the other hand, has a wider range of keywords and functionality. This makes it harder to master Java, but also means there’s more flexibility in how you choose to develop solutions.

Java Developers may tend to use Java for everything but adding Go to your repertoire gives you a great option to use for programs that require high performance on large systems and need to be spun up quickly. These qualities make Go well-suited for machine learning solutions or backend APIs that need to handle heavy traffic.

Hello, I’m Matthew Nero, a Senior Developer at Indellient. I have been a Full Stack Developer at Indellient for 7+ years and love being able to work on all aspects of a project from front-end designing to back-end development. Being a “swiss army” developer has meant that I’ve gotten to continue to learn new technologies from all types of development processes and work with many amazing people here.