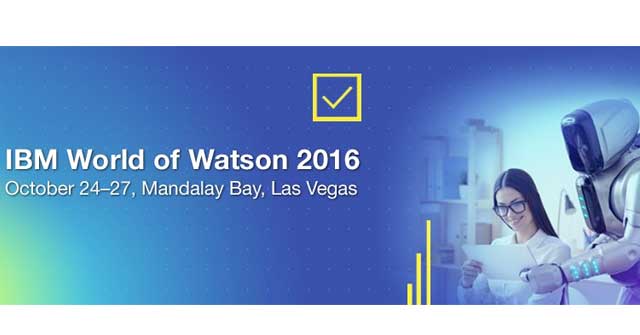 Four members of the Indellient team from our Toronto and New York offices attended – or perhaps plunged – into the IBM World of Watson conference< on October 24-27, 2017 in Las Vegas. Aside from listening to the visionary Thomas Friedman and enjoying a fantastic night out with Imagine Dragons at the T-Mobile arena, we found ourselves immersed in a whole new way to make sense of the world around us.

We had the pleasure of watching one of our IBM clients present the cognitive expense anti-fraud solution which our team had worked tirelessly to prepare for in time. The solution which includes IBM’s System-G machine learning and risk assessment technologies, combined with powerful graphic risk representations, excited the audience and had many lined up for more information following the presentation. It was gratifying to see it presented in front of so many smart and engaged minds – but not as much fun as celebrating afterwards at the Bellagio!

The star of the show, of course, was Watson – a platform of technology combining natural language process and machine learning with the explicit purpose of discovering insights into big amounts of unstructured data. The company gave the question-answering computer system its name after its founder and first CEO Thomas Watson. Currently, it can access about 200 million pages of both structured and unstructured data.

“Cognitive and cloud — many in our industry see these as two separate phenomena. We see them differently: as two sides of the same coin, two dimensions of a single model. Cognitive is the only way to ingest and extract value from the new natural resource of data in all its forms, so that it can be turned into competitive advantage and societal value. And cloud is the platform on which these solutions are designed, built, tested and deployed in the world.” – IBM CEO Ginni Rometty in her World of Watson keynote.

Embodied by Pepper, a friendly robot powered by Watson language APIs, Watson is opening a whole new realm of application development and data analysis by allowing computers to read and “understand” human communications. Being able to rapidly determine the mood, concepts and intent of human interactions will certainly impact customer service, sales, marketing and a host of other verticals. Although it was clear from the presentations that the Watson Data Platform (announced at the show) is still in its infancy, there is no doubt that by next year we’ll be seeing working applications of Watson cognitive function poised to add real business value for those that got out ahead of the wave!

Read our LinkedIn post to find out more about what we learned at the conference.