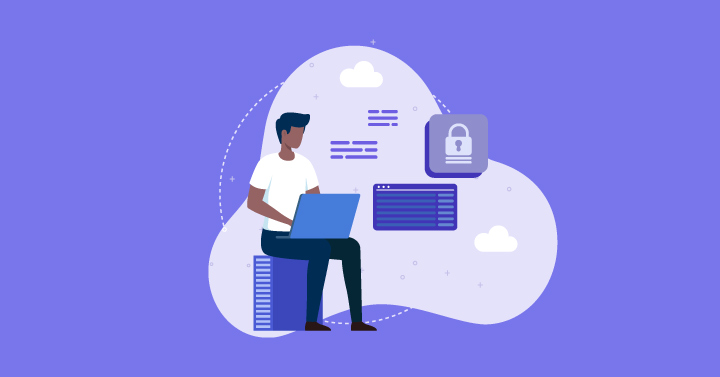 This blog is a guide for developers that are looking to get started with IBM message queues. By the end of this blog, you should be able to:

A basic understanding of Java and Spring is recommended for this tutorial.

Before discussing the specifics and requirements to set up IBM MQs, let’s discuss what problem message queues are solving and what type of applications can benefit the most from a message queue architecture.

In the ever-growing use of microservice architecture, the ability for multiple services to communicate with each other in a fast and asynchronous way is very useful. Using message queues enables two applications to communicate with each other asynchronously by writing to a queue instead of calling each other. By doing so, message queues additionally make the two applications less coupled.

The advantage of using queues is that due to the option for asynchronous communication, they’re always available to process the next available “message” in the queue. Unfortunately, alternative methods like REST API and GraphQL are naturally unable to accommodate the message blocking issues, making MQ the better solution. Another advantage of using an MQ between services is that if one of the services goes down, it allows the service to process the requests when it comes back up. In other words, it essentially decouples the services.

A Message Queue (MQ) is a component of messaging middleware that makes asynchronous communication between applications easier. Message queue temporarily stores messages by providing an intermediary platform that allows software components to access the queue. In this tutorial, we will be using IBM MQ specifically.

Some of the key features and benefits of IBM MQ are:

The following script spins up the docker container and creates the queues that will be used by our application. This script only creates two queues, but this command can be used multiple times based on how many queues the application needs to read and write from.

That concludes the first part of the setup.

For the second part, the first step is creating a spring application. For this, we will use a spring initializer. We’ll be using Java Messaging Service (JMS) for this tutorial. JMS lets Java applications use messaging systems – like IBM MQ in our case – to communicate. We’ll also need to add the required dependencies for JMS.

Next, we’ll create a class called JmsConfig.java where we’ll inject the necessary properties required to connect the Java application to the message queues using Spring Framework’s @Value annotation. These properties can be added to the application.yaml file under the resources folder of your application.

Important things to note in the above snippet:

Next, we want to make sure our application is also able to receive messages. To do this, we can add another class called QueueConfig.java that will let our application receive messages. We’ll use SimpleJmsListenerEndpoint to do that. We set each queue we create as a destination to a SimpleJmsListenerEndpoint which lets JMS read messages from that queue.

Now, we need to add a class called MessageHandler.java that we’ll use to process the received message from and send messages to the queue.

That concludes the basic setup required for the application to be able to read and write messages from the queue. Note that this is just the basic setup. The next step would be to create a class that will process, and store information passed in the message based on the purposes of your application.

When the application is deployed in different environments, we can run into situations where we want to use different sets of queues for different purposes such as testing where we don’t want to send a test message to a real queue. This next part of the blog will help us do that.

Inject the following JMS-related properties that we defined earlier in the tutorial.

Create a REST API controller called ContextController.java with a post endpoint that can be used to switch the queues programmatically.

Next, do the following to close the existing connections and update the connectionfactory with the new JMSproperties.

Finally, we need to make sure that the new set of queues is accepting messages by using SimpleJmsListenerEndpoint like we did when we first set up the application.

That concludes the context switch part of the tutorial.

To summarize, this tutorial went through the following things:

This guide is simply a skeleton framework that can be enhanced flexibly according to the needs of your project. In the future, I will create a separate tutorial for adding SSL and how MQ can be deployed to AWS.

Hi, I am Soham Pathak and I'm a Fullstack Developer at Indellient. I work with a great team of developers to create end to end cloud applications. I graduated from the University of Toronto with a degree in Computer Science and Statistics. I love working with technologies like Java, React and AWS and I am interested in the cybersecurity and fintech industry.